The Best Food in Mexico: The 7 Best Meals and Drinks in Cabo

Pass up the fancy 5-star restaurants for the roadside diners that are popular among the locals. You’ll discover some truly amazing food that’ll make you want to travel even more.

With that in mind, we’ve compiled a list of some of the best food in Mexico. In particular, we’re focusing on Cabo and the foods native to this area. The next time you’re in Cabo, keep your eyes out for these dishes and drinks.

While not necessarily a Cabo specialty, this is a Mexican dish that you have to try. You’ve probably heard of a tostada before, and if you haven’t, it’s simply a fried tortilla and anything served with it.

Cabo is a coastal city, so it should come as no surprise that its specialty is seafood. If you’re ever in Cabo and you’re in the mood for a tostada, try one with fish or shrimp. Technically, mole is a sauce, not its own dish. But, it is a staple of Mexican cooking.

Mole is made with many different ingredients, one of which is chocolate. Since chocolate traces its origin to Mexico, that’s all the more reason to talk about it.

Chocolate is only one ingredient, though. There are at least 20 more ingredients depending on your choice of variety. Whatever the case, it’s great over most Mexican dishes.

Let’s get one thing out of the way first – no, this isn’t made with chocolate. The clams were named for their color, not their taste.

All the same, it’s an amazing dish and a Cabo specialty. Despite being a specialty dish, it’s deceptively simple. It’s cooked over stones and topped with rosemary. These are just one of many things you can expect if you choose to live in Cabo. 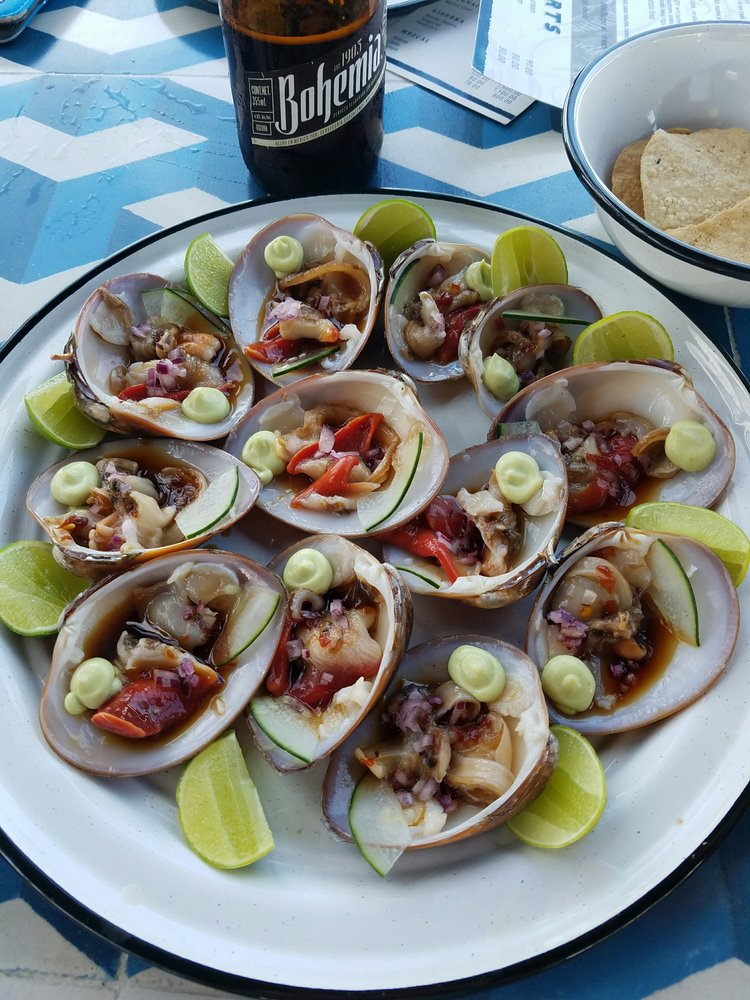 Tacos are one of the most famous types of food in Mexico, and the tacos of Cabo are no exception. Yet again, Cabo shines by incorporating its seafood expertise into this classic dish.

There’s more to it than fish and shrimp on a tortilla, of course. The other key ingredients are vegetables, salsa, and a special kind of coleslaw.

Marlin is yet another seafood specialty of the city of Cabo. The reason for this is quite simple – there is a lot of marlins in the area. This, combined with the fame it’s earned in Cabo, has caused people all across Mexico to try to imitate it. Still, nothing beats the original.

There’s also an interesting reason why the marlin is often prepared the way it is – shredded and smoked. It preserves better that way. This may strike you as strange, especially given how fresh the marlin in Cabo usually is, but why tamper with something that works? 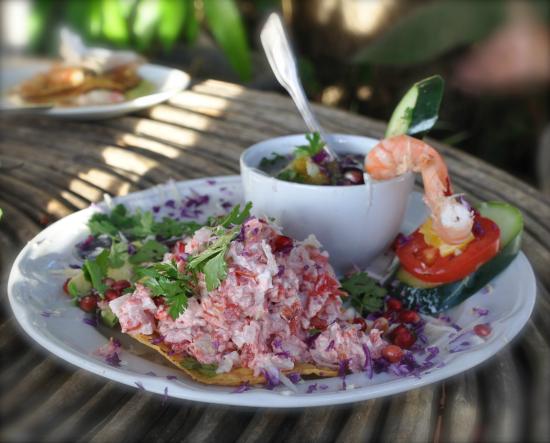 Roughly translated as ‘food of the poor,’ Comida de Pobres is a seafood soup that comes with rice, beans, and tortillas. Known as “pitahaya” among locals, dragon fruit is a type of rare fruit that is found only in certain areas of the world. Mexico is one of these areas.

Why is this fruit found in Mexico and so few other regions? The answer is because it’s the fruit of a cactus, and grows mostly in deserts.

This type of fruit is mainly used to make sweets, such as types of jelly and candies. In addition to food, there is also a lot of unique beverages and liquors in Cabo. Here are seven of the best ones.

Of course, we have to include margaritas on this list. It’s the most famous drink to ever come out of Mexico, and for good reason. It’s a classic mix of tequila, Cointreau, and lime juice.

However, that’s just the American version. In Mexico, margaritas come in a far greater variety. Instead of lime, they can substitute it with several other fruits.

A michelada is unique among cocktails in two major ways. The first is that unlike most cocktails, it’s made with beer. Secondly, it’s spicy.

The typical recipe for a michelada includes tomato and lime juice along with some form of hot sauce and beer in a glass with a salted rim. The salted rim is especially important in this case because salt helps to combat spiciness. 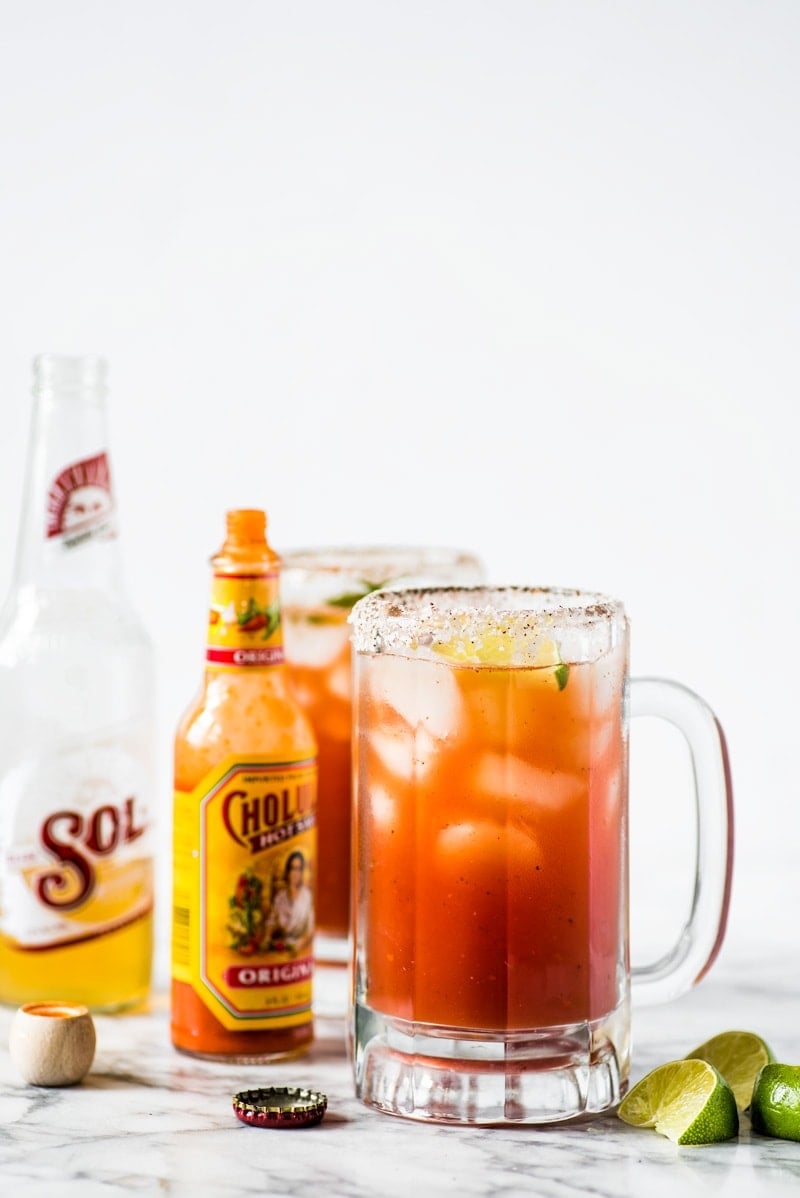 If you’re not fond of alcohol, have no fear. The horchata is here. A horchata is a form of agua fresca, which is basically a catch-all term for a non-alcoholic specialty drink.

This drink is made from rice, almonds, and cinnamon. Some do add rum to it, but it’s not necessary. Being the favorite cocktail of Mexico, Paloma is made with tequila, mixed with grape or orange soda, and a lime wedge. Others prefer to put in actual grapefruit and soda just to make sure the flavors are strong. Though not technically the same drink, tequila and mezcal have a lot in common. The big difference between the two is that tequila is much famous, and a bit more specific.

Both are made from agave plants, but tequila is more specialized. Tequila is always made from blue agave, while mezcal is made from any type of agave.

Believe it or not, Mexico actually has a wine industry. There is a few different regions in Mexico that are known to produce wines, and the biggest is where Cabo is. If you want Mexican wine, Cabo is the place to get it. Mexico has created its own twist on hot chocolate, and people seem to love it. In addition to the typical ingredients, Mexico adds things like vanilla and cinnamon.

Froth is added to the beverage using a molinillo. A molinillo is a type of whisk that looks like a mortar or a tenderizer. Best Food in Mexico: Wrapping Up

There is a lot of amazing food in Mexico, and Cabo is just one of the many places to get it. From classic Mexican dishes to local specialties and a wide range of drinks, Cabo has it all.

If you want to know more about Cabo, or even want to move there, please visit our site. Learn more about us before you consider anything that we can help you with.